We are pleased to announce that Emily won first prize for her creative entry in 'War Through Children's Eyes' contest. The competition was introduced by the Azerbaijani community in the UK as part of the remembrance campaign dedicated to the 30th anniversary of the Khojaly massacre of the Azerbaijani civilians in 1992. The contest was dedicated to every single child in the world who fell victim to wars and an opportunity to tell the world the untold stories of millions of children who were not lucky enough to escape wars, through the mode of art. We are very proud of Emily for being the first prize winner from hundreds of entries from schools across the UK. 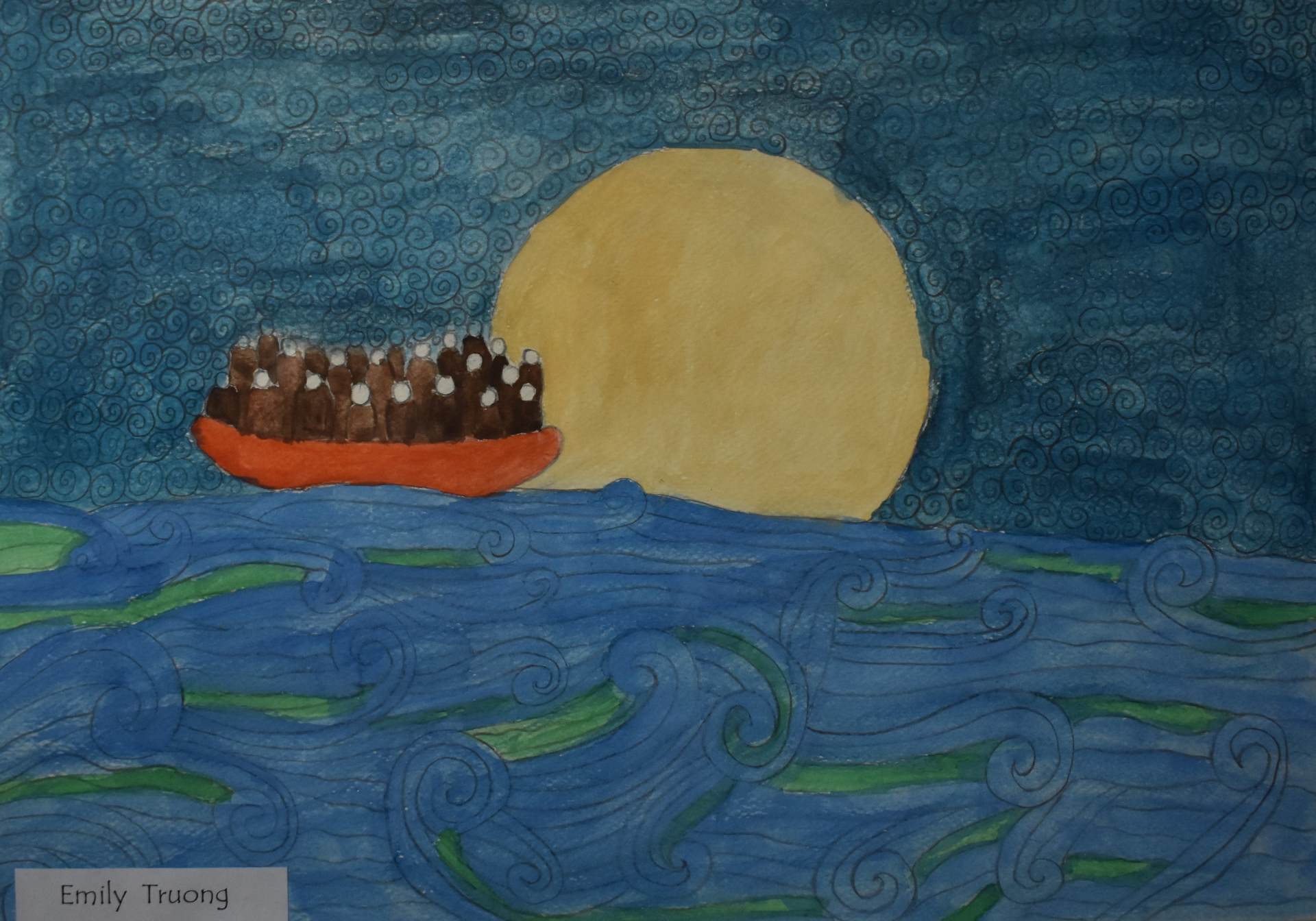 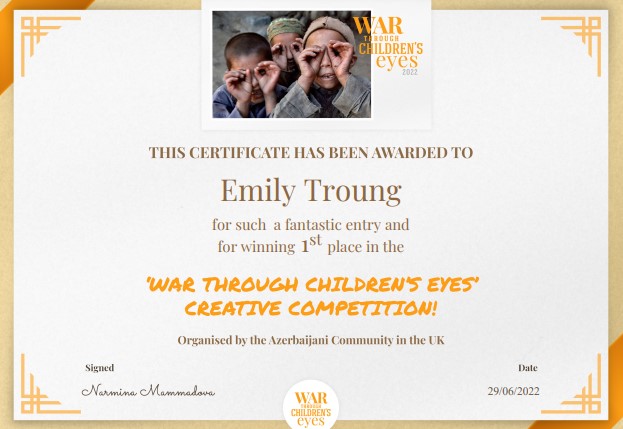